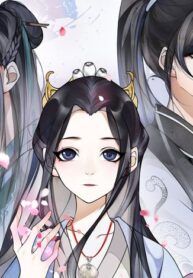 She is the reincarnation of the Sea Dragon’s daughter, born with extraordinary wisdom and talent. Yet because she was born in troubled times, suffered a tragedy, and became an orphan. After ten years of grinding, she finally cultivated an exceptional set of martial arts. With XiaoHun sword in hand, she begins a journey to seek revenge, even disguising herself as a man to enter the court. At first, revenge was her everything. Until she met those two equally exceptional men…