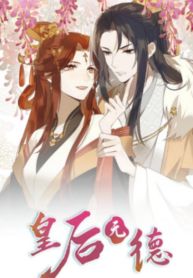 Kei te pānui koe The Empress with No Virtue, he whakamiharo manhwa.

Ye Zhenzhen—is the Royal Secretary’s legitimate granddaughter. Set to become the Empress through a marriage against her will, Ye Zhenzhen would soon be the Great Wife to the playboy Emperor, Ji Wu Jiu. But… “This damn woman.” On their very first wedding night, she kicked the Emperor off the bed and he sought out his concubine instead! Ever since then, making trouble for the Emperor has become her number one job. Long story short, this disaster was the start of a story between a free-spirited Empress and a playboy Emperor!

I whanau ahau i te Tama a te Kino

I whanau ahau i te tamaiti a te kaikohuru